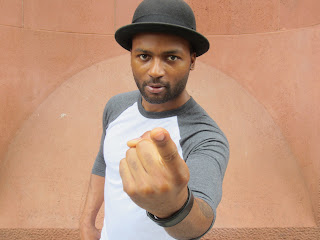 In my interview with Yuzima I asked him to describe his music in a certain Japanese poetry style (I know me and my ridiculously dumb questions). He kindly declined. I can see why. His music is hard to pin down. What I hear is a unique blend of alternative rock, folk, industrial, soul and hip hop. The cool thing is, it works. He says big ideas have always populated and driven his music and his most recent EP "Powerful" is no exception. On "Powerful," Yuzima channels his experiences growing up in the crack infested Gun Hill Projects in the Bronx. He considers the EP a modern riff on "What’s Going On," the seminal 1971 Marvin Gaye LP that examined and channeled the turbulent issues of that time. In contrast, he uses his latest mix of alternative rock and soul to criticize current cultural obsessions and to empower the listener beyond social networking sites and self-defeatist politics.

Your New Favorite Song: It’s time to get the party started, what are you asking the bartender to make for you?

Yuzima: Whiskey on the rocks

YNFS: What are five bands/performers that you simply cannot stop listening to?

YNFS: OK. We’re all friends here. There’s no judging. We all have them. Why don’t you tell me your five “guilty pleasure” bands/artists that you cannot stop listening to? 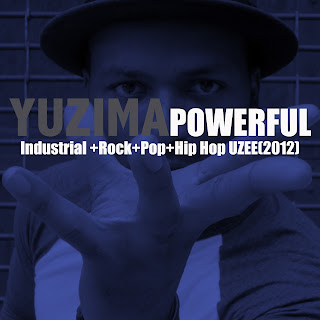 Y: Yeah, there are no guilty pleasures. I'll own up to It; If it's good I'll give it props!

YNFS: It’s the 1800s, whose novel do you wait in line for to get it at midnight on its release date?

Y: Cats. Just becuase I have one.

YNFS: Who’s the most famous musician/artist/actor you’ve ever had the pleasure to meet? Paint the picture. What happened?

Y: I've played venues with horrible lighting. I've come off the stage and checked out the pictures and I'm like oops they probably should turn the lights on or fix 'em. It's just part of what you deal with as an artist. It's all good though!

YNFS: Seeing that we’re just entering 2013 what are your musical goals for the year?

Y: I just finished my latest music video for my new EP "Powerful." It's me going bigger and better. That's the plan for 2013, mo bigger and mo better.

YNFS: Finally, If you could say one more thing to potential and current fans about your music what would it be? Sell us on your awesomeness!

Y: I'm a post-pop artist. That's what you have now; that's the Kurt Cobain, Michael Jacksons and Princes of today. Folks who create on their own terms and go bigger and better. I highly encourage folks to go out and pick up all of my releases but specifically the last two, "Powerful" and "Sound Opera Project One." They're the must-have releases of 2013.

You can check out Yuzima at Twitter his website and at Facebook. You can also pick up his music on iTunes.
Posted by Scott Colvin at 5:02 AM